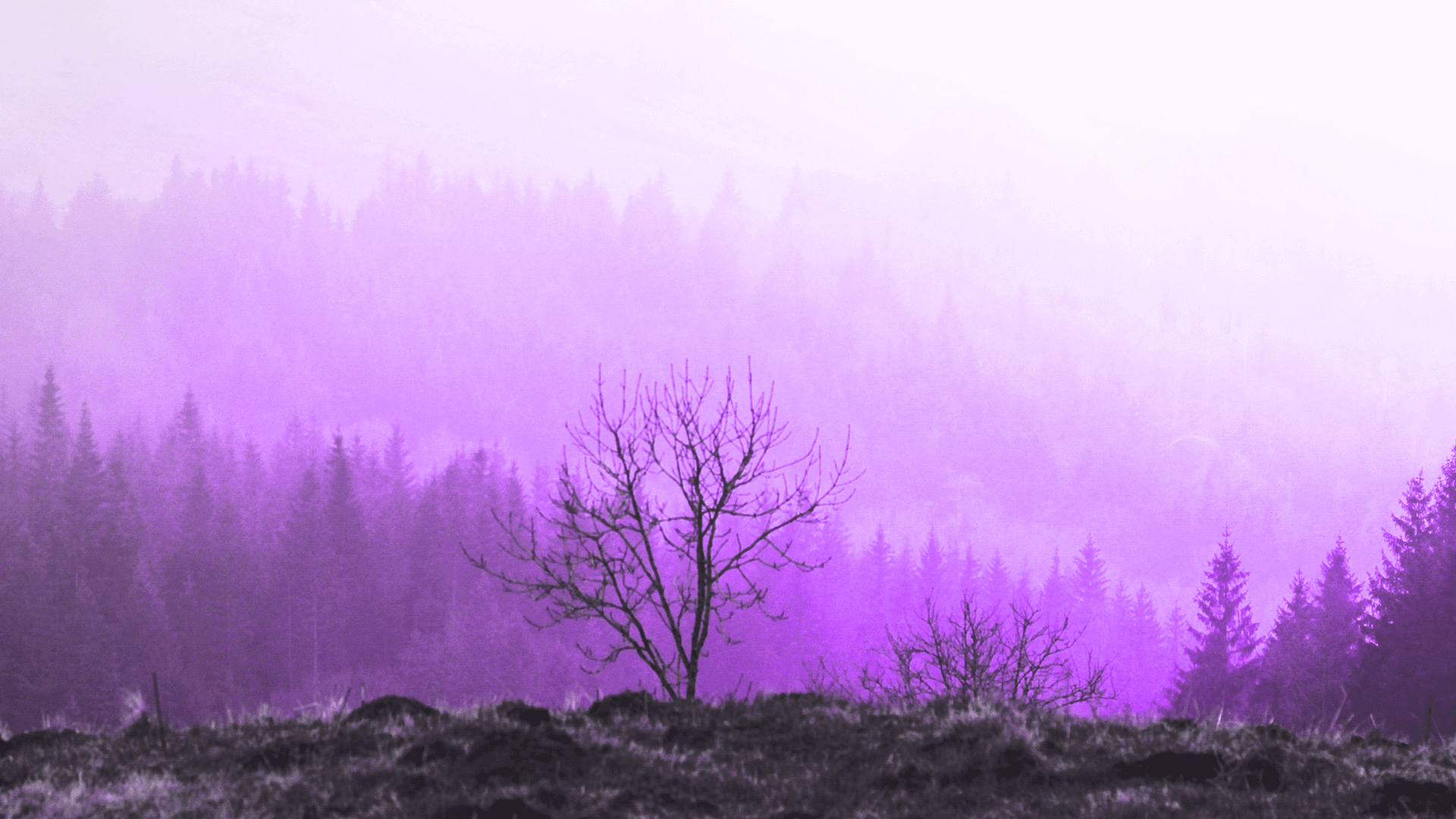 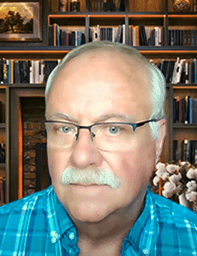 Thomas Ramey Watson, Ph.D., is an affiliate faculty member of Regis University’s College of Professional Studies in Denver, Colorado. He has served as the Episcopal chaplain for the Auraria University and College Campus in Denver and taught English for the University of Colorado at Denver. He has trained as a psychotherapist, has done postdoctoral work at Cambridge University, and was named a Research Fellow at Berkeley Divinity School at Yale University. He is the author of many scholarly writings, including an acclaimed book on Milton, Perversions, Originals, and Redemptions in Paradise Lost. He is a published author of poetry, fiction, and numerous articles about counseling and coaching.

Baltho, the Dog Who Owned a Man

His popular memoir, Baltho, The Dog Who Owned a Man, is about his rescued Afghan Hound, Balthazar, or Baltho, who turned out to act as his co-therapist. His first book of poetry, the Necessity of Symbols, is also well regarded, as is his second poetry book, Love Threads. A novel, Reading the Signs: A Paranormal Love Story, and the first volume of my book Seer: The Communion of the Living and the Dead have recently been published. If you like you can order signed copies of all my books from my website. They can also be found on Amazon.com and other venues, including your local book stores. Several other books are in the works, including more poetry and the second volume of Seer: The Communion of the Living and the Dead. Seer is only available on Kindle, but after the second volume is published, I will put both volumes together and publish it as a paperback.One of Watson’s prominent forebears on his mother’s side was Jacques LaRamee. A number of places in the upper Rocky Mountain West bear his name to this day. Laramie, Wyoming is the best known. Jacques was a renowned and influential explorer and fur trapper. Because he was just, honest, and treated others, including the often despised native Americans, well, he was held in high esteem. One winter, the story goes, the native Americans were starving, so they killed one of Ramee’s cattle. He told his workers not to say anything; they were hungry. Jacques shared with fellow free trappers his theory that the world was wide and there was room enough for all. He had the courage to live his convictions. He followed the beat of his own heart, not what was imposed on him from outside. Dr. Watson believes that journeying in various realms of the mind, the physical world, and the soul is central to enjoying the good life. All of us can use the insights gleaned from becoming aware of the intersecting planes of existence for fuller and more deeply lived lives. Watson’s writings and works all move in this direction.

Whether teaching, counseling, coaching, or consulting, Thomas Ramey Watson is deeply engaged, not only with the materials he is trying to get across but with everyone as individuals and part of the larger group to which they belong, including the human family.

AlphOMega Resources, was incorporated as a nonprofit on 19 July, 2002, by Thomas Ramey Watson, Ph. D., Founder and Head. Reflecting the long Christian mystical tradition that he places himself within, Dr. Watson’s works and services center on eternal truths. These truths are found everywhere throughout the world. Poet Theodore Roethke writes, “Love Calls Us to the Things of the World.” And St. John of the Cross says, “In the end we’ll be judged on love alone.” We are called to bring light out of darkness and good out of evil. Dr. Watson urges us not to settle for shallow and transient experiences but to embrace the mystery at the heart of all. We must move beyond doctrine and dogma to dwell in communion with the creator and creation, seen and unseen, the living and the dead.

You can read more about this in Dr. Watson’s novel Reading the Signs: A Paranormal Love Story. It is fiction but based on his own experiences:

I was entering the process to become a priest in the Episcopal Church and was given this dream vision.

Resting on a hard wood pew inside a cathedral, I sat near the altar, not in the front row but ten rows back.

“Judgment is coming,” a deep voice boomed. The air felt electrical, as it becomes before a lightning strike. The hairs on the back of my neck stood up.

When a man dressed as a bishop, wearing a gold miter, appeared and sat on his throne to the right of the altar, people in various parts of the congregation started popping up like jack-in-the-boxes to announce their good deeds—all that they’d done in God’s name.

I found the phenomenon deeply disturbing.

The more people bragged, the more I tried to make myself inconspicuous. I lowered my shoulders and head, trying to slump down in the pew. I hoped I could become invisible. My deeds, like my motives, were mixed. They always had been. I was becoming ever more aware of my Shadow, my dark side, how apt each of us is to project the dark, and act it, without being conscious of what we were doing.

Scattered throughout the cathedral I realized that some others, not many, were also hunching down in the pews. I began to mumble the words from the Service of Holy Communion. “Oh Lord, I am not worthy so much as to pick up the crumbs under thy table, but say the word only, and I shall be healed.” One by one a few began to go forward for communion, trying to ignore the majority, who were still braying about all they’d done in the name of God.

Finally, I stood up and proceeded to the altar, the focal point of earth and heaven.

I looked over the large platter of wafers set before me. There was no priest, I noticed, no special ceremony. Everyone participated in communion as he or she chose.

Again, I paused, thinking of the implications.

Some wafers were flat, like fish food. Some, however, were large and round. I noticed that these looked like giant pearls.

One of the spherical hosts caught my eye. Something about it beckoned. As I looked, the milkiness of the surface began to clear. Inside, I saw the legs of an alpha linked with those of an omega joining with the alpha. At the very center, as if buttressing the entire structure, was a cross.

Before I knew it—I did not swallow—the sphere was inside me—and I was inside the sphere, standing, looking out, just as I was also looking in. My vision was double, one eye on earth, the other on Heaven. That is the essential tension of every life that longs to be whole. We act here, but always with something greater in mind.

We’ve stepped inside the pearl of great price. Just as we’ve taken it in, it has encompassed us. We have one eye on earth and the other on Heaven. “The dancer, the dance, the singer, the song—all turn, and turn into One, the circle that knows no beginning, no end, the point of all that is, was, and will be.” Here all motion begins. And here it ends. Always to begin again. The pulse, the heartbeat, to use another major Christian metaphor, for God rests at the center—the point of the ever expanding, ever contracting, ever turning cosmos.

Below are photos of Baltho, Kelsie, and Kyle, who are wearing the silk scarves I’d brought back from Egypt; 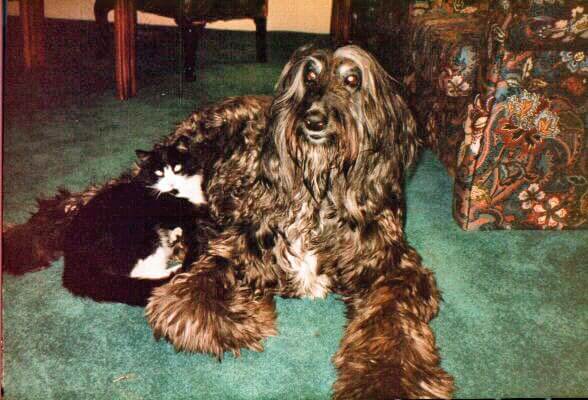 and Baltho with his cat Figaro, or Figgy. Both are mentioned in Baltho, The Dog Who Owned a Man. 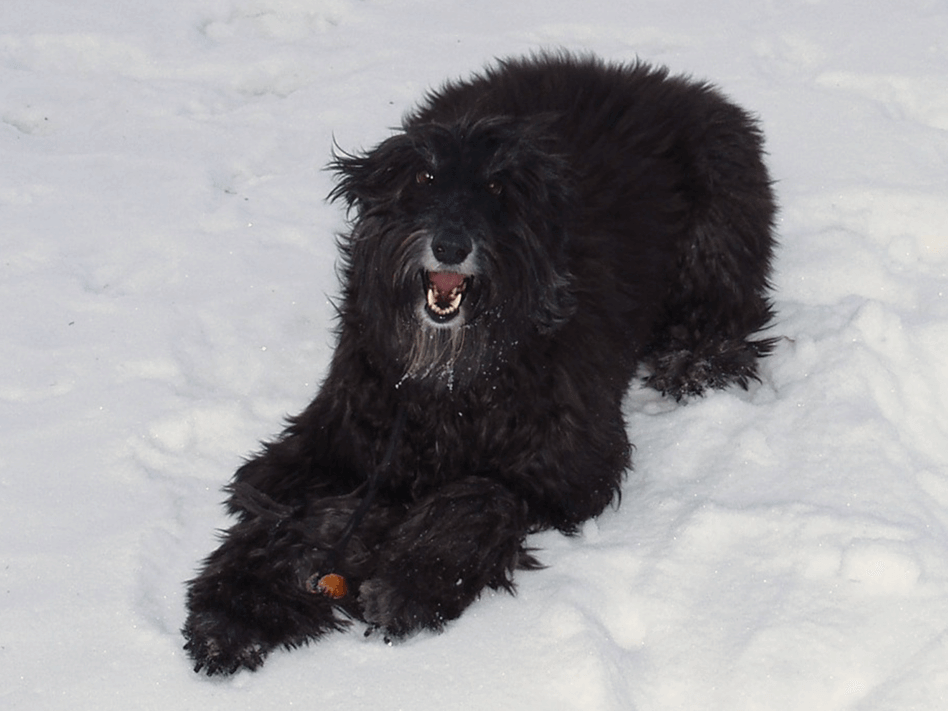 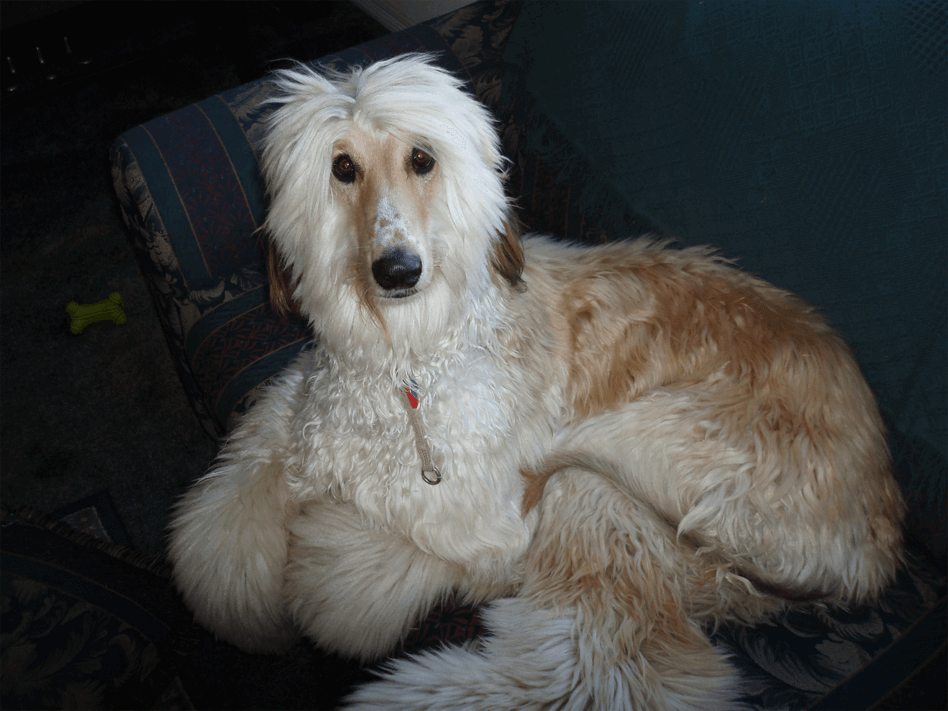 And below is Melchior with his pal who was once known as Figaro/Figgy, now back again and known as Noir. 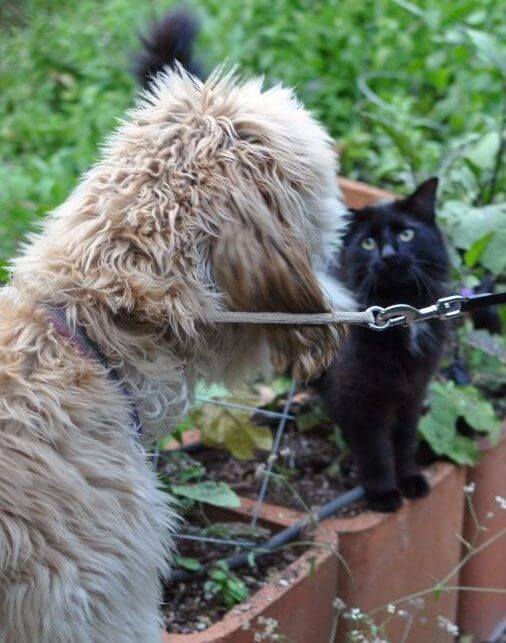 To read more about my ongoing relationship with the dog I first knew as Baltho and the cat I knew as Figaro/Figgy, you might want to read this article:

I am a writer of non-fiction, fiction, and poetry. Nominated for Poet Laureate of Colorado, I have published creative and scholarly works in a number of nationally circulated magazines and journals.